The project Klang Orte Berlin/Berlin Sonic Places was initiated by Peter Cusack in the frame of his Residency at The DAAD Artists-in-Berlin Program and explores our relationship with and the importance of sound in the urban context.

From June to September 2012 Berlin Sonic Spaces will illuminate the issues through talks, discussions and performances. In 3 one day events the perspectives of different interest groups groups – artists, architects/planners, sociologists, musicians, residents, administrators, local communities and the public – will be brought together for a lively dialogue on the city’s changing soundscape.
Three themed modules will be presented in three exemplary places – Pankow/Prenzlauer Berg, /Wasserstadt – Rummelsburg/Stralau and Tempelhof Airfield. They all explore the spatial and communicative potential of sound as a tool and a means of urban practice. A cross disciplinary dialogue will be built that traces out the complex relations and interactions of space-sound by presenting and testing new strategies, methods and possibilities of sound work within artistic and applied contexts. 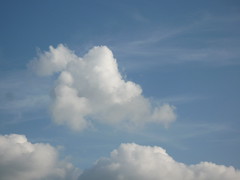